Kat is a writer and educator who recently relocated from Los Angeles to Minnesota with her husband, two dogs, and a rotating series of foster dogs. She loves to create engaging stories for reluctant readers because she believes that reading should be a joyful experience for every child. Blending her passions for writing and education, Kat has worked with her husband to build communities of readers and writers by hosting weekend writer retreats at lodges and camps in the mountains of Southern California.

Their shared love of the outdoors takes Kat and her husband to a different national park each year for their anniversary, and they have been lucky enough to expand their travel to places like South Africa, Paris, and the Galapagos Islands. This only slightly interrupts her busy schedule of Trying To Do All The Things. In Kat has fostered and rehomed 23 dogs and counting, and she also sat on the board of a Los Angeles shelter intervention program. She also served as a volunteer docent at the LA Zoo, where she gave educational tours and serves as a personal chef for monkeys, but not at the same time. And just to keep things interesting, she also enjoys tennis, yoga, and ukulele, also not at the same time.

Kat is always excited to hear from readers, writers, educators, and other do-gooders. You can find her by clicking on the Contact Kat tab or through her agent, Erin Murphy of Erin Murphy Literary Agency.

In November 2016, Kat and her husband were lucky enough to be chosen to appear in a national charity-themed TV commercial, which felt very glamorous. She has also helped train dogs on set for TV and film, which did not feel glamorous at all, as it generally involved lying on the floor covered in raw meat.

Kat’s dream is to become a great philanthropist, and even though she hasn’t achieved it yet, it’s never too early to start. That’s why Kat started the Microphilanthropy League, an organization “for people with big hearts and tiny wallets.” It’s easy and effective—friends and colleagues gather over drinks and snacks to pool their money together and fund small community projects. Recipients have included zoos, animal rescues, schools, community centers and libraries, for projects such as enrichment supplies, extracurricular clubs, animal surgeries, and therapy toys. Anyone can suggest a project, with goals as low as $50 to fund a multigenerational knitting club, or $450 to pay a shelter dog’s vet bills. Want to start your own Microphilanthropy League? Contact Kat and she’ll share her tips. 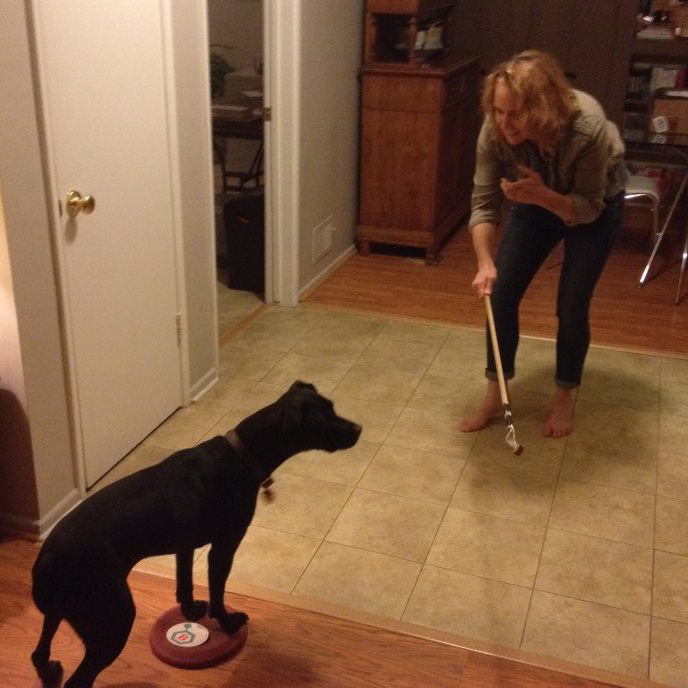